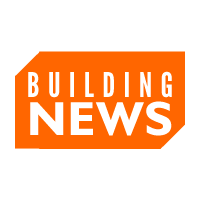 The Huntsville Item explains (Dec. 28, 2005) that the new fields for baseball and softball will open in February:


Things were pretty exciting around Sam Houston State before the start of the 2005 baseball and softball seasons in February.  After all, both teams were supposed to move into the new Bearkat Baseball/Softball Complex adjacent to Bowers Stadium. But when the time came, construction was behind schedule, and just like it had been done the previous 56 years, opening day for baseball was held at Holleman Field.

The date for the new complex to open kept getting pushed back for various reasons, and after the original home opener with Rice was canceled because of rain, it was moved to March 22 and there was talk the stadium could be opened for that game or the following weekend series against Texas-Arlington.

Then came April and still no new baseball/softball complex — and no idea of when it would be ready...the 2005 baseball and softball seasons at Sam Houston State came and went without the new facility opening.

According to [SHSU director of athletics Bobby ] Williams, rain was a major reason for many of the construction delays. Williams said the workers lost 14 days in March and 15 days in February because of wet weather. However, that was not the only problem.

Early on in the construction process, Williams said Turner Construction was responsible for the slow progress.

Back in April, the playing surface at the baseball field was nowhere near ready to play. The grass was put down in March and was still pretty loose. Another layer still had to go down on the field, and the infield and warning tracks still had to be built up to the level of the grass.

The softball complex was in a little bit better shape. The grass was put down early in January and had pretty much taken hold. But Williams said that the facility was still not close to being ready to play on, and because the Bearkats’ softball season ended the last weekend of April, they were not able to move in this year.

Neither Bearkat teams got to play a game in the new facility, so SHSU gave historic Holleman Field a well-deserved sendoff with a 6-3 win by the Bearkats over Nicholls State in the season finale.

The new baseball/softball complex was eventually finished and will be home of the Bearkats beginning in 2006.